What is it and what does it mean?

As you may or may not know Google are planning to make adjustments to their index in the next coming months. What this means is essentially they will be changing the way search works on google amongst other things.

One of the biggest changes we are likely to notice is a change in the way our search works, especially with mobile searches.

This is due to the majority of searches now happening via mobile, even desktop searching will be affected by a sites mobile compatibility. Should you not have a mobile site you won’t necessarily lose your sites ability to be viewed on mobile, but it is likely to be rated lower.

You see, there is a difference between sites that can be viewed on a mobile and a mobile responsive site. Google new mobile-first index amendments will mean any site that is not specifically mobile responsive, will be unviable for mobile viewing.

Not sure of the difference?

The left image shows our site on a mobile. It’s the same site, it functions in the same way, however it’s harder to read and less clear. The site has been shrunk to fit the screen and isn’t technically ‘mobile response’.

The right image shows a site designed for mobile use. As you can see the site is clearer, smoother and easier to view via your mobile. It loads far quicker and is far more user friendly than the desktop website loaded on mobile, as seen in the images below. 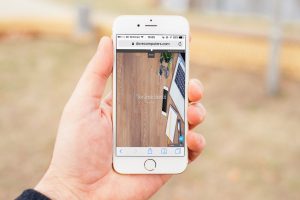 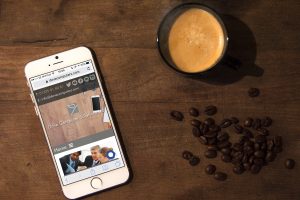 That’s not to say that all mobile responsive sites will be exempt from these alterations. What it simple means is that Google will be rating sites based on their mobile version, not their desktop. So your site may be fantastic – but if you’ve stripped it back for a mobile-web browser, your ratings are likely to suffer on Google as it will take that as precedence over your desktop site.

Currently, Google seems to have two indexes, a desktop-first and mobile-first, however their end goal is to work based on just the one and the rate this mobile-first index is changing, it’s likely to it’ll favour the mobile ratings over desktop.

So, what can we do about it?

If you already have a mobile responsive site, it’d be worth checking the content. Many sites strip their content for a more mobile friendly version when making a responsive site, but this isn’t entirely necessary.

Ensure your site is not bland and that content is accessible.

If you are yet to have a mobile responsive site made or are unsure as to whether your site is mobile responsive, it’s definitely worth researching in order to avoid losing your hard earned SEO standings.

It’s not yet been confirmed by Google as to when this index will come into place. The theory is that it could be next year or even a mere few months away – it seems to all be dependent upon progress. Though it is suggested that Google will announce a date once they have one.

Better to be safe than sorry though, right?

Though some of us...

HTTP is the Hyper...

The Samsung Galaxy Note 8 is here!